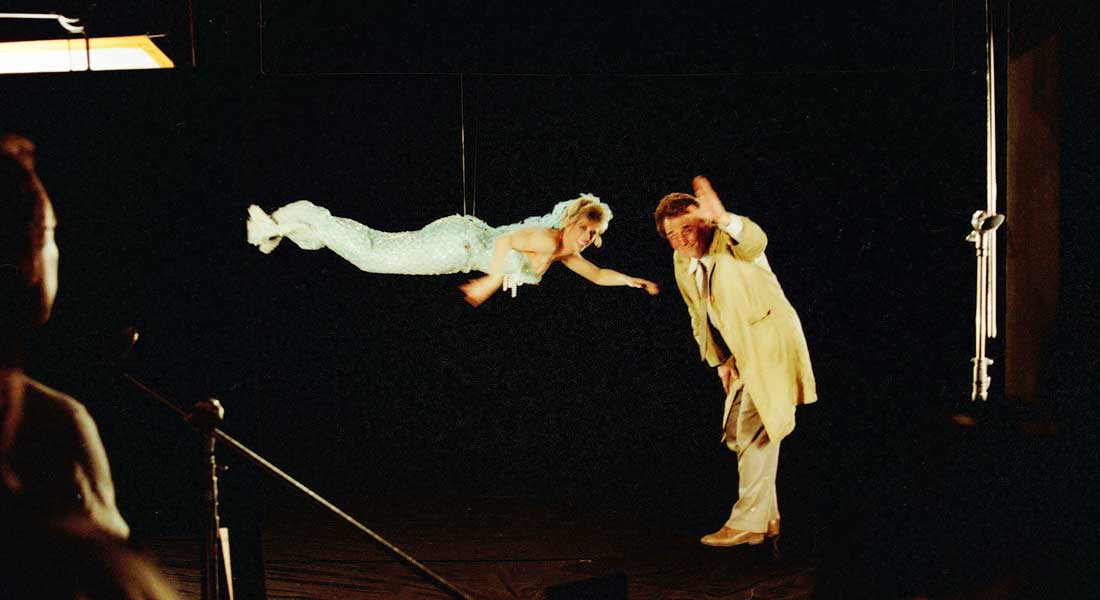 Columbo and the Murder of a Rock Star

Technifex in the early 1990’s created a Techniscan Display (Pepper’s Ghost) that was used as a practical effect for an episode of Columbo. The actors Peter Falk and Susie Singer Carter were filmed on our soundstage and display was installed on location.